The Eye and How It Works

The eye is like a camera with lenses at the front to focus the light, an aperture or opening that can vary in size to adjust the amount of light entering the eye and a photographic film called the retina at the back of the eye.  The retina produces an image of the world by changing light into electricity and the electrical messages are sent through a nerve to an area at the back of the brain that enables us to see. 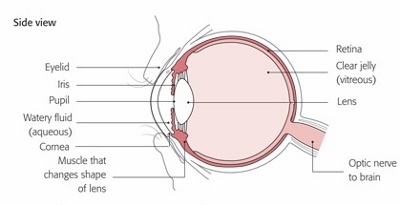 There are two lenses in the camera, the cornea which is the clear window at the front of the eye (where contact lenses are placed) which is the main focus for light (but cannot change its focus) and the lens that is inside the eye called the crystalline lens which is the fine focus and can also change its shape to change the focus to enable us to see distance (to the horizon) and near (for reading and writing).  The crystalline lens is the only organ in the body that keeps getting bigger as we grow older and as it gets bigger its ability to change shape and alter focus for near objects diminishes.  This is why we need to wear reading glasses when we get into our forties or fifties and also the reason it often goes cloudy (a cataract) in our sixties and onwards and requires surgery to remove the cataract.

The iris is the coloured part of the front of the eye and has a circular hole in its centre called the pupil thought which the light passes on its way to the retina.  Muscles in the iris can alter the shape of the pupil to enlarge it to let more light in when it is dark and also make the pupil small to restrict light entering the eye when it is very bright.  This enables the eye to function over a wide range of light intensity such as dawn, dusk and bright sunshine.

The retina is the most highly developed tissue in the body and its function is to convert the image of the world that is focused onto it into an electrical image that is sent to the brain.  The cells of the retina that convert this light energy to electrical energy are called the rods and cones or photoreceptors. They work “flat out” from the moment you open your eyes in the morning until you close your eyes at night.  They require more glucose energy and oxygen from the blood than any other tissue in the body including exercising heart muscle!  This is why when you faint (due to a fall in blood pressure); the first thing that goes is your vision (everything goes dark) before you lose consciousness.  The central part of the retina is called the macula and mainly contains cones which give you detailed central vision (reading, writing and recognising faces) and colour vision.  The rods are in the peripheral retina and give you peripheral (navigational) vision and the ability to see things coming at you from the side as well as vision in reduced lighting. 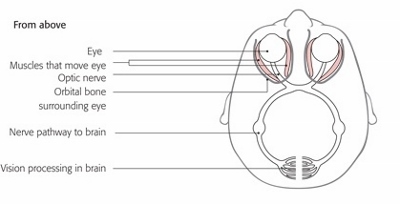 All the electrical impulses from the rods and cones in the retina are collected together in the optic nerve which then transmits the messages to the brain.  We are primarily visual being and rely on our sight as our main sense.  This is reflected in the amount of information going to the brain from our eyes with almost one third of all information going to the brain being associated with vision.  The part of the brain that allows us to see is at the opposite side of the head to our eyes (at the back of the head and called the occipital cortex).  There is therefore a large amount of “wiring” between the eyes and the occipital cortex. Many brain diseases can therefore be associated with loss of vision.  We take our sight for granted but we have evolved for it to be the sense we most rely on and loss of vision is one of the most feared situations we face.  Being fully informed of the situation is half the battle (the other half is getting the appropriate treatment in a timely manner).  I hope the information given in this website will help allay the fears of many patients faced with visual loss. 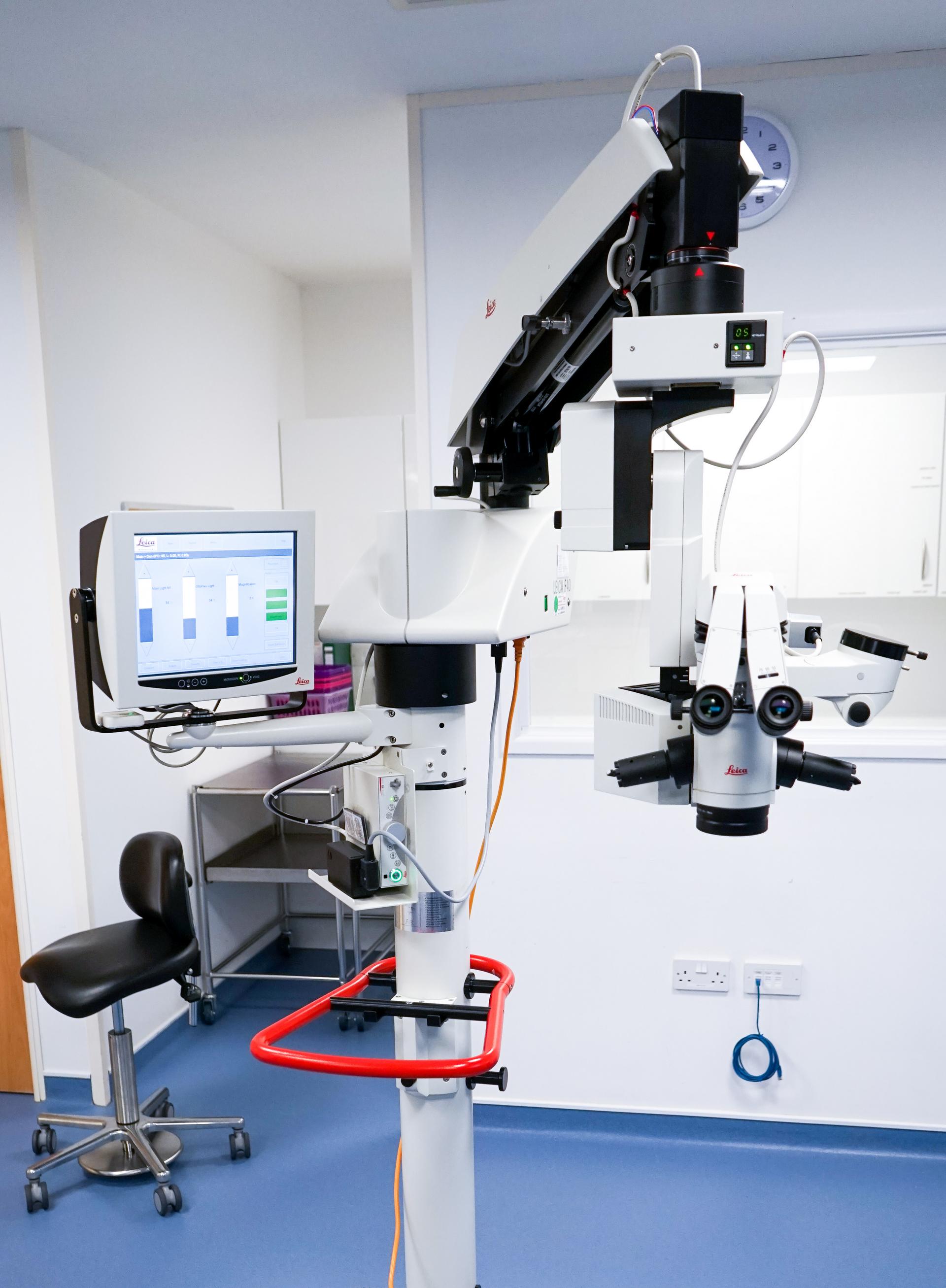 Problems we can help with

I will explain with the aid of video clips the various eye problems I treat.  This includes cataract surgery, refractive lens exchange in patients over 50 and medical and surgical treatments of all retinal and macular problems.

I provides advanced micro-incision cataract surgery and will advise on the appropriate intra-ocular lens for your particular needs.  This includes toric lenses to correct astigmatism and extended range of vision multifocal lenses to reduce spectacle dependance.

Patients with wet (neovascular) age-related macular degeneration can benefit from prompt injection treatments with various anti-VEGF agents.  The first injection can usually be performed on the day of consultation as as "see and treat service".

Blockage to the veins of the retina can produce significant visual disturbance and may require injection treatments with anti-VEGF agents or steroids at Exeter Eye. More severe cases may require laser or surgery at the West of England Eye Unit under Mr Simcock's care..

Diabetes is becoming increasingly common and can cause significant visual loss.  If detected at an early stage vision can be maintained using injection treatments with anti-VEGF agents or steroids.  More serious cases may require laser or surgery at the West of England Eye Unit.

Mr Simcock has pioneered macular hole surgery in the UK and performs a technique which includes lens removal to prevent patients returning for cataract surgery.  The technique also benefits from no  or limited (2 day) face down posturing to allow hole closure in most macular holes.

Scar tissue on the surface of the macular (central retina) causes blurring and distortion of vision.  Surgical removal of scar tissue with vitrectomy can be performed if sufficiently troubled. Most patients notice a significant improvement in vision and reduced distortion with this surgery..

Patients troubled by floaters in their vision not improving over a period of at least 6 months may benefit from vitrectomy surgery to remove the floaters.  Patient selection is important and depends on age (usually over 50) and the state of the jelly (vitreous) in the main eye cavity.